As part of the Encore screenings NT Live will show "Habit of Art" again on 7 November. So far only a few cinemas have been announced but they promise to announce more venues shortly.

Thanks to Kate!
Posted by jolande at 8:28 pm No comments:

Filming on the new series of "Silk" has started and Alex is back! Frances Barber posted a picture taken during filming on her Twitter: 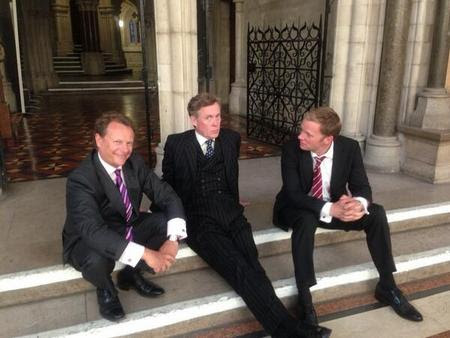 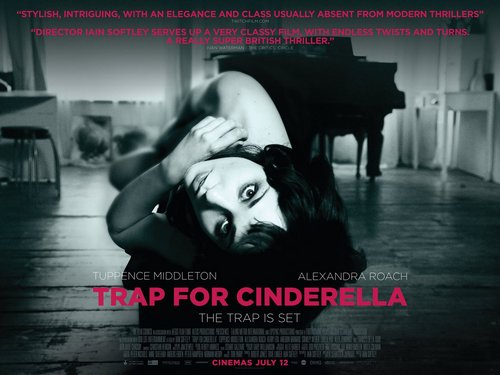 Iain Softley's new thriller "Trap for Cinderella" has premiered at the Brussels International Film Festival. It will be shown in cinemas in Ireland and the UK from 12 July. No release dates are given as yet for other countries.

For a review of the Brussels premiere: Casarotto March.

There also is an official Facebook Page. Here you can find pictures, the trailer, and a spotify playlist to the soundtrack. The trailer is now also available through the films IMDbpage'.
Posted by jolande at 8:35 pm No comments:

Alex' appearance as Alan Bennett has had a rather unexpected fashion result. The role has inspired Burberry to create a "Writers and Painters" collection. Jess Cartner-Morley writes in the Guardian: " The role of Alan Bennett as played by Alex Jennings in the National Theatre's production of Hymn led Bailey to rediscover the joys of brightly coloured ties contrasted with knitwear." Another inspiration to designer Christopher Bailey was the painter David Hockney.

The full story as well as a video of the colourful collection on the catwalk is at: The Guardian.

Thank you to Kate!
Posted by jolande at 8:17 pm No comments: