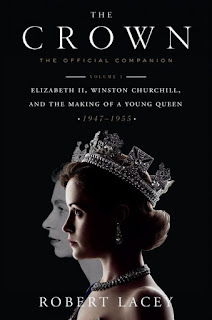 Alex reads "The Crown: The Official Companion" (or "The Inside History) by Robert Lacey as a new audiobook.

More information and a clip at Hypable.

According to the review:

"The audio version in particular makes those characters come alive. The audio book is narrated by Alex Jennings, who plays the Duke of Windsor in the Netflix series. His voice is easy to listen to, making the sometimes dense historical text feel manageable. His voices and accents make the stories dance.

I especially love when he reads excerpts from The New York Times. Jennings dons his best American accent — which is very accurate — and puts on an entirely new character for listeners to enjoy."


The full review of the audiobook is also on Hypable.

The book itself is also available now,
Posted by jolande at 3:33 pm 1 comment:

Congratulations to #alumnus Alex Jennings who has received an Honorary Doctorate from @UWEBristol 👏🎓 https://t.co/duGgoZIxzH pic.twitter.com/43Vara8eIZ 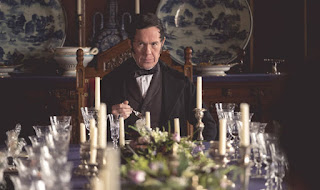 Alex returns as Uncle Leopold in the new series of Victoria, playing a more central role in the proceedings.

See:
The Express.
Posted by jolande at 5:34 pm No comments:

Or: The Telegraph.
Posted by jolande at 5:20 pm No comments: