A lot of Alex on BBC Radio 7 again this week:

Without The Option 1/2
P G Wodehouse's delighfully scatty Bertie Wooster causes chaos when he persuades his friend Sippy to 'nab a policeman's helmet'. As usual, Jeeves is on hand to resolve the situation. This Radio 7 commission is unabridged and read in two parts by Alex Jennings, It was produced by Katherine Beacon.
Friday at 5pm


Speaking For Themselves - 1-5 of 10
An insight into the lives and personalities of Winston Churchill and his beloved wife, Clementine - as revealed in their letters. Starring Alex Jennings and Sylvestra Le Touzel, narrated by Helen Bourne, directed by Di Speirs and first broadcast in 1999.

Alex will appear in the afternoon Play "Stream, River, Sea" on Friday 27 March,
2.15-3.00pm, on BBC RADIO 4. It is a play about the aftermath of bereavement. Juliet Stevenson also stars.

An Actor for All Seasons

Alex will be compere at a celebration of the life and work of the actor Paul Scofield, which will be held on the first anniversary of his death.

Tickets are free but must be obtained in advance, in person or by telephone, from the National Theatre box office: 0207 452 3000 .

Thanks to Penny!
Posted by jolande at 8:52 pm No comments:

to Penny for blogsitting the diaries over the past three months while I was skiving off again way down south.....
Posted by jolande at 8:29 pm 1 comment:

Alex will appear on BBC Radio 4 Front Row this Tuesday 17 March, 7.15-7.45pm
With producer Nica Burns he will visit the new theatre and performance gallery at the Victoria and Albert Museum. 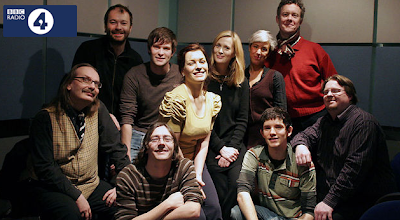 It's the near future and busy, successful couple Angela and Barty Flitcroft want a child, but do not have the time to look after it. The solution is a genetically-enhanced daughter, Joy, birthed by a surrogate mother and reared to adulthood in a cryogenic chamber.

Joy experiences brief moments 'out of the machine', and as time passes each opening brings shocks and surprises as her parents and their society undergo incredible changes. And for Joy, stuffed with education by the machine but denied everyday experiences, life is not just a strange new country, but a frightening, confusing and often funny one, too.

Edit: The play is available to listen again here until March 16th.

Posted by pennyforyourdreams at 10:44 pm 3 comments: